In 1975, Adrian Hopkins, M.D., accepted a post in a mission hospital in Pimu, a village in the rainforest of what was then Zaire (now the Democratic Republic of the Congo). In this remote area, he devoted nearly 17 years to health care and training of nurses. He also built up ophthalmological care in large areas of the province of Équateur. In 1993, Dr. Hopkins was appointed technical advisor to the Central African Republic Ministry of Health for the National Programme for Onchocerciasis Control and Blindness Prevention sponsored by Christoffel Blindenmission.

In 1999, in spite of the ongoing civil war and again sponsored by CBM, he returned to the Democratic Republic of the Congo to establish the Training Centre for Ophthalmology for Central Africa (CFOAC) in Kinshasa. During this time, he continued his work on onchocerciasis and also worked with WHO and the Vision 2020 initiative to plan and conduct workshops and training programs in many African countries. In 2008, he joined the Mectizan Donation Program based in Atlanta as director, working on the control and elimination of river blindness and other neglected tropical diseases.

He has continued supporting the medical efforts in Congo and is working with partners to improve ophthalmology training and care in difficult conditions. Recently the WHO African Region, together with IAPB, produced recommendations of competency-based training for eye care personnel which he helped facilitate.

In 2005, Dr. Hopkins was the recipient of the Prize for Tropical Ophthalmology by the DOG and in 2010 he was awarded the John Holt Medal of the Liverpool School of Tropical Medicine for his work on River Blindness. In 2015, Dr. Hopkins was appointed MBE in the Queen’s Birthday Honors in recognition of his humanitarian service in Africa. In 2015, he was awarded the Prince Abdulaziz Bin Ahmad Al Saud Prevention of Blindness Award. 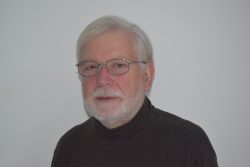