2020 marks the 150th anniversary of the death of Albrecht von Graefe. The DOG takes this as an occasion to celebrate the year 2020 as von Graefe Memorial Year and to especially commemorate its founder.

On July 20, 2020, the anniversary of his death, a ceremonial laying of a wreath will take place at the von Graefe monument in Berlin.

During the congress, the DOG will also commemorate the founder of modern ophthalmology: An exhibition will trace the different periods of his life, an excursion will take the participants to the places of his work and scientific sessions will present his manifold merits as a researcher, physician, doctor and human being. The cooperation between the DOG and the “von Graefe School” in Berlin resulted in a school art competition, some of whose motives will also be on display at the congress.

Further information can be found at www.dog-kongress.de 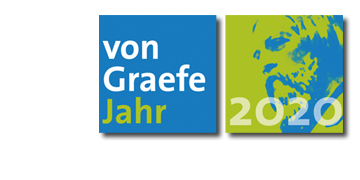